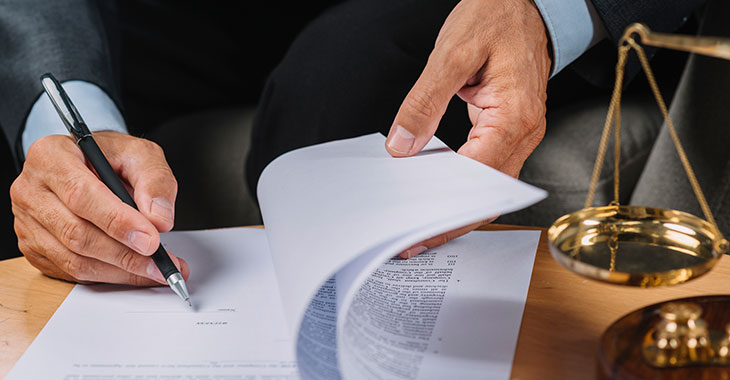 Although it is not mandatory to create a will in Cyprus, it is nevertheless recommended in order to avoid any misunderstandings and complications, especially in regard to immovable property.

The Law in Cyprus about Wills

Cyprus has adopted the Forced Heirship regime, whereas the testators do not have the total freedom to distribute their estate as they wish, but rather, they are subjected to several restrictions. The aim of this regime is to protect the rights of close relatives by ensuring that they inherit a part of the estate. The regulations and procedures of succession are mainly governed by the Wills and Succession Law, Cap. 195. In support of that, the Administration of Estates Law, Cap. 189, provides the rules and procedures in regards to the correct execution of Wills and the administration of the estates of deceased persons, and the Probates (Re-Sealing) Law, Cap. 192, deals with cases where there is a Grant of Probate or Letters of Administration in the United Kingdom or another Commonwealth country. Such documents must be re-sealed in Cyprus and an administrator to be appointed in Cyprus for property in the country. The latter applies to people who deceased in the UK or another commonwealth country and had property in Cyprus.

The Forced Heirship regime also applies to all British or other Commonwealth citizens, as well as other expats, domiciled in Cyprus. Prior to 2015, the article 42 of Cap. 195 gave them the right to distribute their movable and immovable property with no restrictions. However, the article has been removed and the new rules apply to anyone who died in Cyprus after July 2015, irrespective of when the Will was drafted. Thus, people residing in Cyprus are obliged to distribute their assets in the country in accordance with the local regulations.

In any case, foreign citizens may be given more freedom of dispensing their estate in Cyprus with the introduction of the EU Regulation No. 650/2012 (Brussels IV). This regulation applies to expats (EU, Commonwealth or non-EU citizens) who own assets in any EU country, and who died on or after the 17th August 2015, allowing them to choose the law of the country of their nationality when dispensing their estate. This desire must be explicitly declared in their will, otherwise, Cyprus law will apply.

Generally, the forced heirship regime applies to any person whose domicile or permanent residence is in Cyprus, irrespective of the testator’s nationality. Additionally, this regime also applies to those who had immovable property in the country, even if they were not permanent residents of Cyprus at the time of death. Even though Cypriot law recognises a Will prepared in another country, it is strongly recommended to draft a separate Will in Cyprus to deal with the assets in the country. Particularly, any immovable property of the deceased in Cyprus will be dealt with in accordance with the local laws and regulations, irrespective of whether the estate is dispensed otherwise in a will drafted in another country.

Conditions of a Valid Will in Cyprus

The provisions of the Wills and Succession Law, Cap. 195, mainly articles 22 to 24, explicitly state the formalities under which a Will must be created in order to have legal effect. The most significant ones include:

Revoking a Will in Cyprus

There are several ways a testator can revoke the Will, stated in the articles 37 and 38 of Cap. 195. A will can be revoked by the creation of a new one, explicitly stating therein that the previous one is being revoked, or it can be destroyed by the testator or a person authorised by the testator so as not to have legal effect. Additionally, a will is considered to be revoked when the testator marries or has a first-born child after the date the Will was drafted.

The Right to Inherit

The Forced Heirship regime automatically renders the spouse, children or parents of the deceased entitled to inherit the appropriate portions of the estate. However, there are specific circumstances under which, according to section 17 of Cap. 195, a person cannot claim succession to an estate. These mainly include the case where an heir has been convicted of wilfully and unlawfully causing the death, or attempted to cause the death of the person whose estate would otherwise have succeeded or has caused the death of the  child, parent or spouse of the person to whose estate they would have succeeded. Furthermore, when a person has, by coercion, fraud or undue influence caused the testator to make a will or to revoke a will already made or wrongfully, coercively or unlawfully influenced the testator in any way to alter or revoke the Will first made to their benefit.

Procedure for Drafting a Will

It is common practice, when drafting a Will, for the testator to appoint an executor who will be responsible for executing the actions stated therein. Otherwise, the Court appoints an administrator to administer the estate of the deceased after an application made by a relative or an authorised lawyer. The administrator is usually a lawyer or a trusted family member who has the knowledge and experience to distribute the estate in a professional manner. In case one or more of the beneficiaries are underage, there should be more than one administrator.

The administrator’s first task is to settle any debts of the deceased and then distribute the estate in question in accordance with the Will and the laws of succession. When appointed, the administrator must inform the Court about the course of the administration process and the assets of the testator with written statements and affidavits. Once the debts and taxes are settled, then the assets of the testator are transferred to the named beneficiaries. Eventually, the administrator must file to Court final accounts and explain in detail how the assets have been distributed amongst the beneficiaries. It is always recommended for people to create a valid Will in Cyprus to ensure that their estate is distributed according to their wishes. However, when drafting a Will, one must bear in mind the rules of the Forced Heirship regime which apply regarding estates located in Cyprus. This regime offers protection to the close relatives of the deceased, ensuring that they will inherit a specific portion of the estate by default.

For your own ease, you are always recommended to consult a Cyprus Qualified lawyer before you decide on how to proceed.