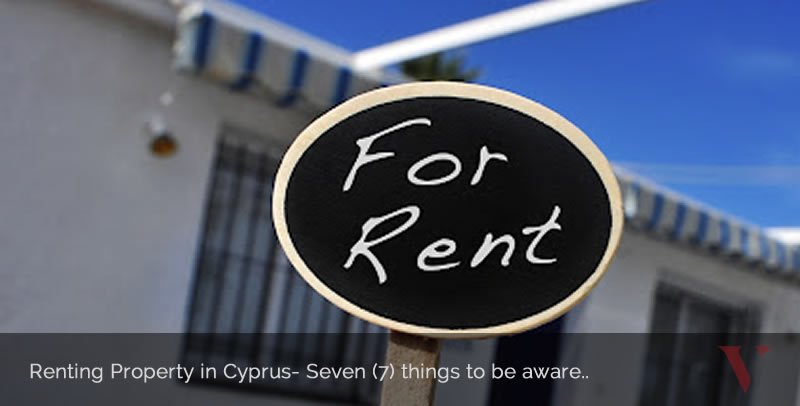 Tenancy Agreements, also commonly referred to as Lease Agreements or Rental Agreements, are typically a legal document which people tend to overlook or consider to be an easy-to-do agreement, until things spiral out of control. Unfortunately, it is quite common for clauses which are badly drafted or overbearing to the Tenants to be found in such a document, or clauses which the Landlord omitted or did not consider important to include, and the parties then find themselves in a difficult position, not knowing what to do and what their legal rights are. Such problems are often faced when the parties have not consulted with an appropriate professional.  Even though such an Agreement should always be reviewed as a whole and on its specific merits and background, the following are some key elements that the parties should have in mind during the negotiation stage before a deposit is paid:

Some properties fall within the jurisdiction of the Rent Control Court, which provides for some additional protections to the Tenant, even if not included in the rental agreement. Even though some criteria are in place for a Property to fall within the jurisdiction of Rent Control Court, this is an important factor to consider when negotiating the contract, as this will generally affect the right of the Landlord to increase the rent, what happens in case the Tenant becomes a statutory tenant, and some terms on the Tenancy Agreement may be enforced by virtue of the relevant legislation.

Taking photos can serve as proof of the condition of the Property when you received it, along with its contents. In the event that the Landlord seeks to retain either fully or partially the Deposit on the basis of damages caused by the Tenant, the photos can serve as a point of comparison of the condition of the Property as received and as delivered back to the Landlord.

Ideally, rent payments should be made via bank transfer and/or be made in such a way that there is a written record of them. In case of cash payments, the issuance of a receipt can be imposed as an obligation of the Landlord so that in the event that there is a landlord-tenant dispute further down the line, the Landlord will not easily make the case of non-payment.

The deposit is usually an amount given as a guarantee at the beginning of the Tenancy Period. It guarantees the performance of the obligations of the Tenancy Agreement by the Tenant. That is to say, it can be used, subject to the clauses agreed, in case that upon termination or expiry of the Tenancy, there are rent amounts outstanding or in the event of damages the deposit might not be returned. However, this is not always the case as the clauses relating to the return of the deposit might potentially leave room for interpretation, allowing room for the Landlord to claim that they are entitled to it, whilst the Tenant is reading it differently.

The terms and phrasing should also be carefully considered, as the Tenants might find themselves in the unfortunate position of undertaking either expressly or impliedly the obligation to improve or otherwise rebuild the premises in case such obligation is agreed. Alternatively, and in the scenario that the Tenant does undertake to carry out renovation and/or otherwise work (e.g. purchasing air conditions and paying for the instalment) this should be negotiated and/or further reflected properly in the Tenancy as a form of e.g.  discount and/or waiver of some obligations of the Tenants.

Such a clause should be very carefully considered. Ideally, both parties should have the right to terminate on grounds other than the breach of the tenancy agreement, which gives rise to claims for compensation or loss or retaining part of the deposit by the Landlord. Termination should be also be properly recorded in writing in an effort to ensure that no claims will arise in the future.

Even though there are other aspects that need to be examined depending on each individual case, two major considerations are the below-mentioned: