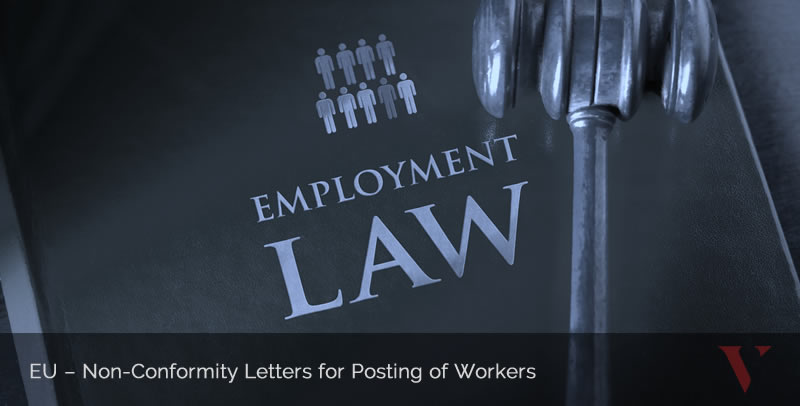 The EU Commission has sent letters of formal notice to 24 Member States, for non-conformity of national legislation with the Directive 2014/67/EU on the enforcement of Directive 96/71/EC concerning the posting of workers in the framework of the provision of services.

Directive 96/71/EC draws up a list of working conditions which workers who are temporarily posted abroad by their employer must be granted in the country to which they are posted (host country). Its purpose is to guarantee the protection of workers as well as provide a level playing field for service providers. Directive 2014/67/EU aims to improve the implementation and enforcement of Directive 96/71/EC. It addresses issues such as abuse and circumvention of posting rules, joint liability in subcontracting chains and sharing of information between EU countries.

Only three Member States are not concerned by the infringement procedure: Spain, Portugal, and Sweden.

The Member States concerned by the infringement procedure have not correctly transposed some or all the provisions of Directive 2014/67/EU.

It is noted that Directive 2014/67/EU was due to be transposed by Member States by the 18th  June 2016. In its report of the 25th September 2019 on the application and implementation of Directive 2014/67, the EU Commission upheld its intention to “continue working with the Member States to ensure that the Directive continues to be correctly transposed and applied, in particular as regards the administrative requirements and control measures and subcontracting liability”. The report underlined certain incorrect transpositions and applications of the said directive.

Certain ECJ rulings on the incorrect application of Directive 2014/67/EU are disregarded by the Member State concerned and gave rise to additional questions referred to the ECJ by an administrative court of the same Member State.

Pursuant to Preamble (4), Directive 2018/957/EU, “To ensure that the rules are applied uniformly and to bring about genuine social convergence, alongside the revision of Directive 96/71/EC, priority should be given to the implementation and enforcement of Directive 2014/67/EU of the European Parliament and of the Council”.

The letter of formal notice represents the second stage out of a three administrative stage infringement procedure under Art 258TFEU. The initial stage (informal discussions) allows the EU Commission to determine if there is a breach, and whether there is sufficient evidence. Member States are under an obligation to co-operate.