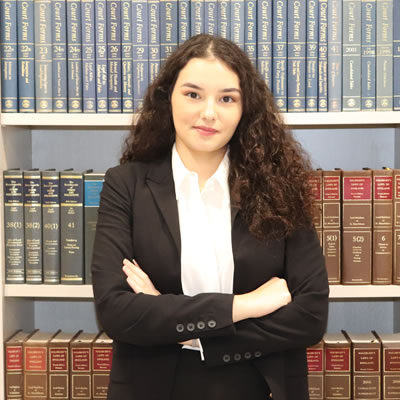 Athina Kasini completed her LL.B. (Hons) Law in Lancaster University in England, UK. Following her graduation in 2017, she went on to complete an LL.M. in Human rights Law a few months later in the University of Strathclyde in Glasgow, Scotland. After the successful completion of her Masters’ Degree and official graduation in June 2019, she dabbled in immigration for a while and eventually joined the Limassol Branch of G. Vrikis and Associates LLC as a trainee Lawyer.

In addition to being a native Greek speaker, Athina is also fluent in English.